A time of reflection and a time of growth. 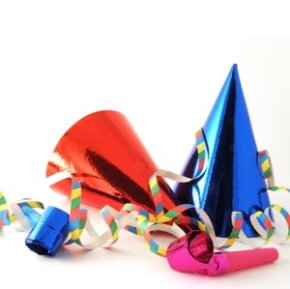 In January I wouldn’t have given us a chance to survive the year. Things were just that chaotic. Our family was in turmoil over many things, most of which revolved around emotional and alcoholic issues.

As much as I want to open up in this Blog I will not. These are deep touching events surrounding those very close to me. I will say this, that if it were not for Gods divine intervention, the family would not be whole today. I feel very strongly that the events over the course of this year were directly handled by Gods hand.

Enough of the low lights.

The highlights mentioned before are as follows.

My son Josh, who was decimated and thoroughly hitting rock bottom, was lifted and transformed by Christina, who seemed to fill him with life. He is walking with a new purpose and a renewed outlook on life. He is attending culinary school and is making really good grades.

My number two son by birth started the year anticipating his induction into the Air Force elite units of Security Forces. This is after he trudged through the void between High School and the unknown during 2012. At the end of February 2013 he left home for Lackland Air force base and is now among the best in his field at Hulbert Filed Florida.

My wife is a rock…and that’s a good thing. She works as a nurse’s aid for home bound patients. She is steady, she is strong, and if it were not for her devoted efforts, financially, we would have collapsed months ago.

Me, well I started the year in one old profession…no I was not a prostitute…I was a home based customer service professional who was laid off in June. I turned to another old career, IT and found a job that gives me ample time to devote to writing.  By the end of the year I was also introduced to group of writers who exemplifies the meaning of sharing and giving. I’ve not been with the group long but already feel a new sense, a new purpose for my writing.

Over the course 2013, we were fortunate enough to visit Kyle at Lackland. It was the first trip my wife and I had taken together…ever. Outside of visiting relatives. We stopped in Dallas to visit and tour the School Book Depository where Oswald supposedly shot JFK. We watched in deep respect as our son graduated Basic Training to move forward in his new found career.

We came home where our oldest son was ready to move out and start his journey in life. He found a new friend who instilled in him the desire to continue in love and devotion.

So, here it is December 31, 2013. The Future is brighter than it was twelve months ago. I can see the dawning of a new day. I can almost imagine how my sons felt when the blinders were lifted, freeing them to see the sun on the far horizon revealing the day of new found hopes and dreams.