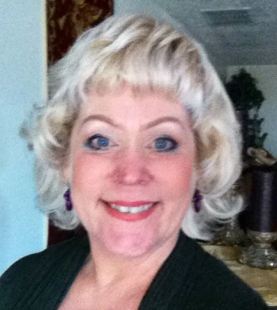 Thanks for inviting me to this interview, Cleve! I appreciate the opportunity to connect with new sci-fi/fantasy readers.

Well, I actually wrote my first book during one of the darkest periods of my life. It was 1988. I had a pen and a notebook and wrote in that notebook everywhere I went. In three months I had a complete story—and was amazed.

Someone offered to let me use their computer—a Commodore 64! (Woah!) If you don’t know what a Commodore 64 is, let me say that a) it didn’t even have a hard drive, b) each time you used it you had to reinstall the software into (wait for it!) a whopping 64k of RAM, and c) you had to save your writing to five-and-one-half-inch floppy disks! In any event, I learned to use it and have been a technophile ever since.

When I wrote my first book it proved to me that I could start and complete something difficult, and it gave me the courage to go back to school at age 39. I worked and went to school for the next 14 years! I earned my bachelor’s degree in English/professional writing, took a semester off and went back to earn a master’s degree in communication, took two years off and went back to earn a Ph.D. in organizational learning and instructional technologies.

But after working and earning three degrees, guess what? I figured I could write more books! LOL! That is exactly what I am doing now.

So many to choose from! Let’s see. I can mention Tom Clancy, Dick Francis, Vince Flynn, Michael Crichton, Brad Thor, James Patterson, and many more. You can see that my reading appetite is varied but tends toward action/adventure and thrillers.

Most of my books are historical fiction. Nanostealth is a new series and a new genre for me, but not a new interest. I love good sci-fi and “hard-science” sci-fi best of all. That’s prolly why Stealthy Steps is an example of contemporary hard-science sci-fi. Not only is the science cutting edge, the setting is real.

I worked for the Department of Defense’s Nuclear Weapons School on Kirtland Air Force Base here in Albuquerque. Among other things, the school taught military personnel how to respond to nuclear or dirty bomb attacks. Part of the school’s instruction was conducted in the old Manzano Weapons Storage Facility where much of the nation’s nuclear stockpile was once stored.

The Manzano facility is composed of a labyrinth of tunnels carved into a small mountain located on the base. The facility inside the mountain was built during the Cold War and includes some very secret “devolution” caverns. Those devolution sites were intended as safe locations for the president to direct the government in the event of a nuclear attack. They were later abandoned without ever being used. They sit empty today.

The first time I set foot in the tunnels I thought, “This is the setting of my next book.”

Hard to say, because I don’t like to think backward. I prefer to think forward. That said, I often think, “Gee, I wish I could have been a fly on the wall when . . .” usually followed by an unsolved crime or a secret meeting between world leaders. Actually, the invisibility that Kari struggles with in Stealthy Steps came out of just such thoughts. Can you imagine what you could see and overhear if you were invisible?

A genre to me is more the setting than the objective. My characters are real to me. I could put them in any genre and they would thrive, but the genre and setting allow my characters “license” that they could not get in another setting. Most of my readers tell me that, in addition to loving my unpredictable plotlines, they become emotionally invested in my characters almost immediately.

I don’t have plans to contribute to an anthology now, but Nanostealth is definitely going to be a three-book series:

My husband and I have taken up zip lining! We did eight lines in Hawaii over the rain forests on the Big Island and just came back from the Sacramento Mountains in southern New Mexico where we rode the Wind Rider at Ski Apache.

My next release is Tabitha, a story of the Great War. It releases November 2, but is on preorder now at http://www.amazon.com/dp/B015HTU4Y0