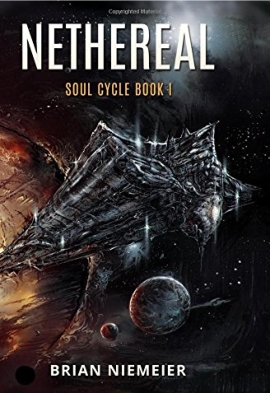 A woman like no other who longs for acceptance. A precision killer inspired by the dream of his captain. The last member of a murdered race, fighting to avenge his people against the overwhelming might of the Guild…and the dark powers behind it.

The Sublime Brotherhood of Steersmen holds the Middle Stratum in its iron grip. Jaren Peregrine, and his crew raids across the fringe spheres, trying to finally break the Guild’s monopoly on power. Their sanity is tested, their lives are endangered as Gods, demons and men battle for supremacy.

One thought on “Sci-Fi Book of the Week – NETHEREAL By: Brian Niemeier”