Want a Free Audiobook? Go to Audible.com and sign up for a free trail membership and get an audiobook free for signing up. It is just that simple.

This morning my wife asked me to look at a post she found very suspicious on Facebook. Not that it contained an occult message she was able to deceiver. Nothing like that. No, it was a picture of a beach with three large letters on it made from white stones, SOS. The caption told of a woman who had been on the island for seven years and was finally rescued after someone saw the SOS on Goggle Maps.

Now, I could have easily told her it was false. Even that the hoax was on the internet a long time ago. But I didn’t.

She told me she thought it was fake, “How would a woman spend that much time on an island and then be rescued without it being on the news? I think there is something wrong here.”

This is when I decided to play teacher. I told her all about Snobes.com (Snoops.com) and how you can look up crap like this and find out if it is true or false.  She was intrigued and followed my instructions to the letter. When she was finished reading it she again followed my instructions and copied the URL of the Snopes.com (Snoops.com) page. She pasted the URL to the original post on Facebook. She felt empowered and announced to the world that this post was a hoax in the comment section.

Then she did something totally unexpected, “Snoops?” She asked.

Then she points to the screen, “The e makes the o long…it is pronounced snO pes.”

“Maybe so,” I said, “but everyone pronounces it snoops.”

“Everyone is wrong,” she said.

So, instead of arguing with her I made a post and presented it to my Facebook friends.

They sided with her though.

The more I think about it the more snOpes sounds like a sophisticated version of snoops. “No darling I go to snOpes to check on all those post…Don’t be silly dear, Snoops is for those little people.”

Don’t forget to sign up for our free newsletter. 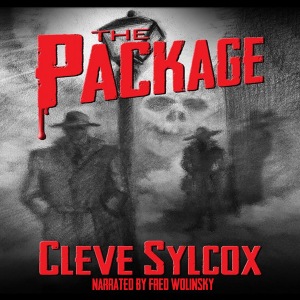 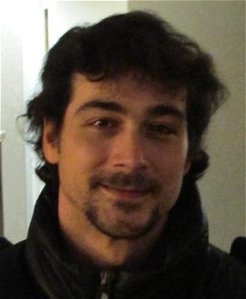 I can see every tear you’ve cried.
Like an ocean in your eyes.
All the pain and the scares have left you cold.
I can see all the fears you face through a storm that never goes away.
Don’t believe all the lies that you’ve been told.

I’ll show you the way back home.
Never leave you all alone.
I will stay here till the morning comes.
I’ll show you how to live again and heal the brokenness within.
Let me love you when you come undone.

When day break seems so far away reach for my hand.

When hope and peace be turns you afraid,

Still I will stand right her now to hold you,

When the sky falls down.
I will always be the one who took your place.
When the rain falls I won’t let go.

When the rain falls.
I won’t let go.

I will be right here.
I love u baby

Your light that shines so bright

You shine so bright,

May I wish this,

To my heart tonight.

Stare into your eyes,

As if they are stars while kissing you,

Underneath the bright moon light.

I don’t know about you, but I’m ready for spring.  Spring will bloom supposedly on Thursday and usher out winter. I will believe it when I see it.

Last spring we had a surprise spring snow storm. Almost a foot of snow fell. My tall bushes, (their name escapes me at the moment) were bent over touching the ground. Same goes for a nine foot soft pine, my son Kyle’s tree. They survived. This past winter those same items were once again bent and touching the ground. The bushes will require some extreme pruning, while the pine I’m afraid will be cut down…its needles are brown. Maybe the roots this spring will push up a new sprout to replace it. I don’t know. Sad to see it go.

The old furnace also found this winter rough and coughed and hacked its way through it. The vehicles we rely on also crossed the finish line with some worry. My wife and sons also made it through; although I’m sure we are all ready for some time outside. Cabin Fever is a bitch.

I look forward to finishing up an outdoor project I started last spring. I began cleaning up the yard of loose debris from bygone winters and years of past neglect. I did manage last year to make a mess of things. Hopefully, I can have it all cleaned up by this fall and enjoy a Bar-b-Q or two.

Pepper, our Basenji, is already biting at the leash and wanting to explore the world again. I look forward to those walks down Elm Point and around the ballpark.

Ah, just the thought of warm weather makes me antsy…that is if it ever gets here.