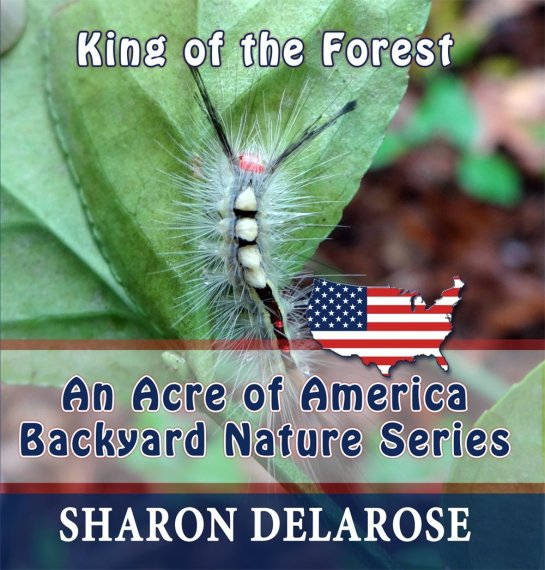 Mother Nature bestowed a gift of survival on each of her beloved creatures, whether it be the art of assassination, built in booby traps, body armor, weaponry, camouflage, weather protection, or even a form of Morse code to send messages to one’s brethren.

Caterpillars that can shoot a stream of acid and hit a bull’s-eye, insects that carry their own multi-purpose hunting knife, spiders that drift on the wind for miles dangling from silken parachutes, and wasps that smuggle their babies into another wasp’s nursery, all possess tactics that help guarantee the survival of their species.

Humans aren’t always on board with these wizards of survival, and we’ve delved into the black art of population control using man-made viruses and bacteria. In the case of one invasive sea creature, rather than attempting birth control, the government launched a campaign urging us to eat as many of these creatures as possible to control their spread. According to the government sales pitch, “We can’t possibly eat too many of them.”

While we’re releasing biological agents to control the population of some species, we’re allowing others to go extinct, and some of the animals facing the biggest risk of extinction would surprise you — the big cats.

King of the Forest, which is the third book in the Acre of America Backyard Nature Series, highlights not only the wizards of survival that live on our one acre, it takes you deep inside the world of the big cats, some of which are already extinct — as in gone forever.

Book one of An Acre of America Backyard Nature Series includes Mother Nature’s witches, wizards, dragons, ghosts, magic rings, evil genies, tree blobs, pentagrams, and Halloween. Thus it is titled The Wizard of Awe though I think of it as the Halloween book. Book two takes you into the world of hummingbirds and the dangers that they face from enemies such as praying mantises, cannibalflies and spiders. It also showcases the rainbow of colors from Mother Nature’s palette and is thus titled Over the Hummingbird’s Rainbow. The third volume called King of the Forest plunges you into the lion’s den, comparing creatures we encounter every day to the mighty lion. From the majestic maned lions of Africa and Asia, to the mountain lions of the United States, even the tiny assassin bug has a connection to the king of beasts. Our big cats are in trouble, however, and King of the Forest hopes to spread the word.

Humans were given the gift of intellect and the ability to build virtually anything our imaginations could conjure, but in spite of these gifts, humans are the worst enemy this planet faces, despite thousands of years of collective knowledge, wisdom, and lessons we should have learned.

Yet hope exists as long as there are children who believe in the magic, so be as a child again and experience Mother Nature’s glory. Pass the love down to your children and grandchildren so that they’ll protect our Mother rather than destroy her. Embrace the world in your own back yard. There’s no place like home.