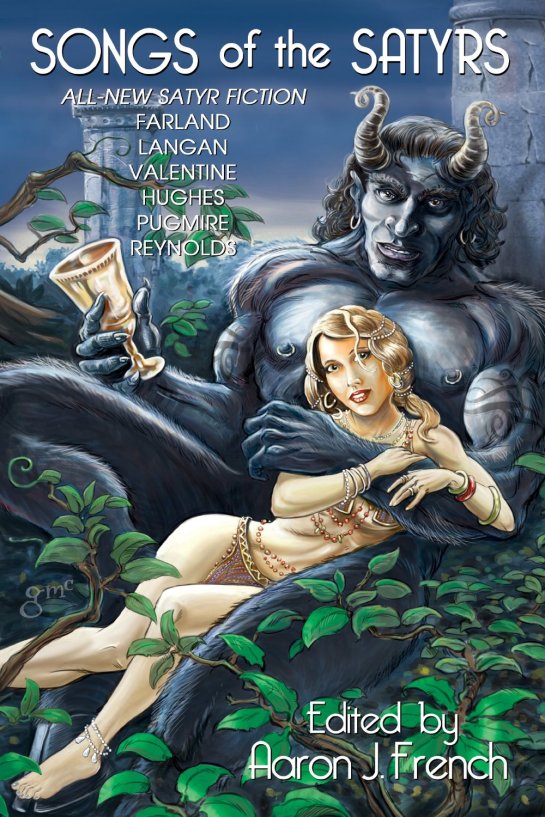 From Dark Discoveries editor Aaron J. French, the man who brought you Monk Punk and The Shadow of the Unknown, comes Songs of the Satyrs, an anthology dedicated entirely to the robust creatures of earthly pleasures. Songs of the Satyrs is a collection containing 20 short stories from distinctive new voices in horror as well as such notable authors as David Farland (a.k.a. David Wolverton; New York Times best-selling author), Rhys Hughes, Mark Valentine, W. H. Pugmire, and John Langan, with an introduction by Gene O’Neill.

“If there has been a previous fiction anthology devoted to satyrs I’m certainly not aware of it—in fact the existence of such an anthology seems as unlikely as these half humans, half goats themselves. But Songs of the Satyrs revels in such unlikeliness, its authors taking this mythical creature as a challenge to their imaginations to produce a variety of fantasy, horror, and science fantasy tales exploring sex, madness, appetite, and ecstasy.”
—Steve Rasnic Tem, author of Deadfall Hotel

“Get your Goat on! Songs of the Satyrs offers a host of modern Bacchanalian delights and dangers…because where there are satyrs, you know there’s going to be plenty of sex and intoxication (and strange naked rituals in the forest which don’t bode well for someone). OK, sure, you could visit a college frat for the same experience, but then you’d have to deal with the hangover. And that lingering goatish odor…”
—John Everson, Bram Stoker Award-winning author of Covenant and NightWhere.