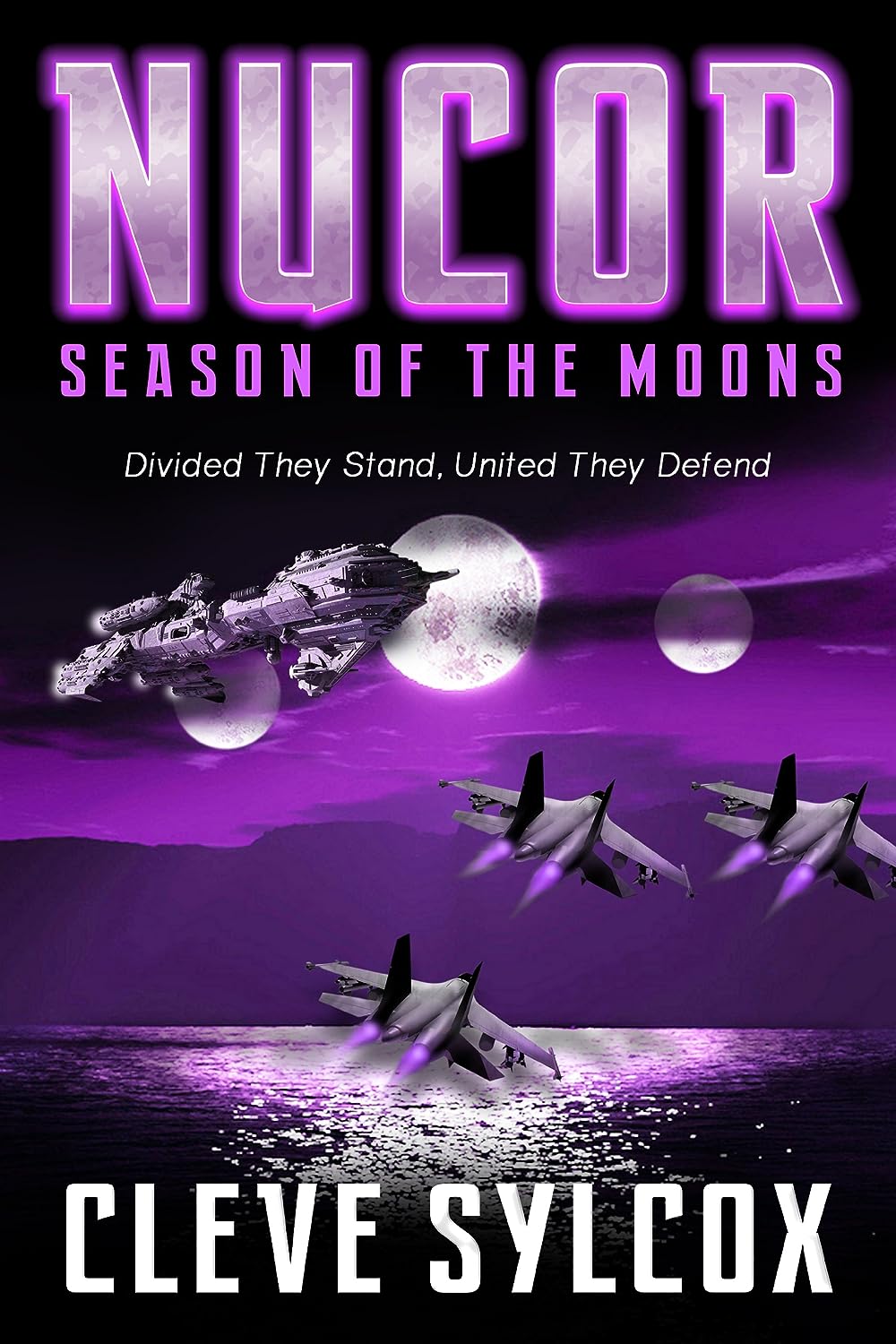 Thomas Hardwick has problems – He cannot remember his involvement in the scant wars. Scratchy memories with feelings of dread link him to a past he wants to forget. A nightmare hangs over him, casting an evil shadow. Thrums invade the planet threatening to murder all its inhabitants whose hatred for each other dates back centuries. Thomas must unite them in order for the planet to survive. A battle for possession, conquest and survival ensues.
Nucor – Season of the Moons Who Will Survive

Last night was a good night. I did not get any writing done on my WIP but I did start a new Face book page for Sci Fi and Fantasy authors:

This is strictly a Sci Fi / Fantasy  book promotion page…yeah it is typical — books are promoted, and there is indiscriminant threads about the genre. It is nothing out of the ordinary…or is it?

When I wanted to find a FaceBook page that was strictly devoted to Sci Fi I did not find one. I found Sci Fi pages with a lot of chat and book reviews…but none, where Sci Fi was the main book promo…now there is.

“Sure, but what about the fantasy… there are pages devoted to fantasy out there!”

Right you are. And they are two separate genres and both stand solidly on their own. But, how boring would it be though if every single Sci Fi were alike? Space travel…fancy gadgets…seductive women…find Alien…fight Alien…good guy wins…the end. Unfortunately that is how it was years ago.

Boom – Star Wars. Something a little different, Yoda had the Force…magic of sorts. A crossover element from fantasy. The good guy may have won in the end but not without struggle, defeats, lose, and internal conflicts. A new era in space travel was born. Even Star Trek became better with the aspect of time travel ala Space Portals, thanks Scotty.

To say we should remain purest is defeating the whole concept of providing anew and robust experience to the reader. A reader wants to be shocked, scared, frightened, worried, curious, and looking for the surprise. They want to suspect something then have it happen. They want fun and spontaneity. They also want to be aroused, cry, moved to anger, hate, and in some cases predictability. They also want attachment to a character or place. Sci Fi today does all that by combine the emotional aspect of romance (Princes Leia and Han Solo) and the fantasy elements of wizardry, magic, evil demonic villains and so on. To me adding fantasy to Science Fiction enhances the experience, but that’s me. There are purest who want the typical, space travel, alien conflict, human wins, scenarios and that is fine too. What ever floats your boat.