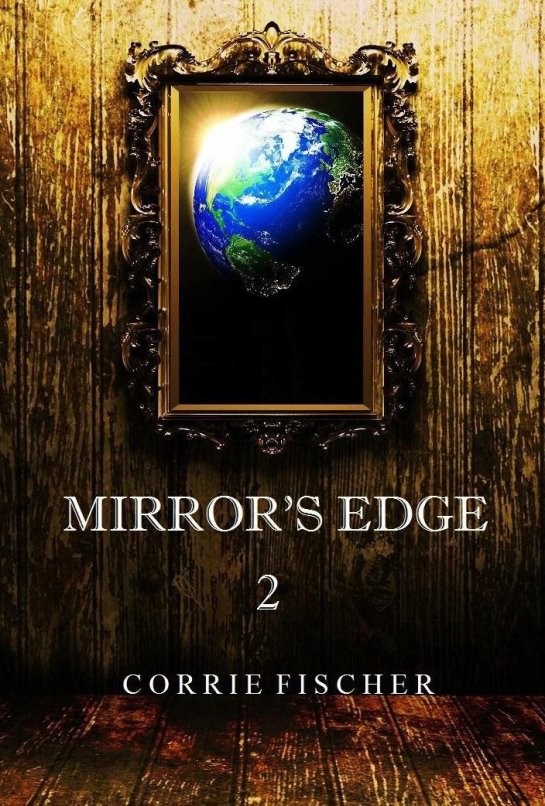 This second installment in the serialized novel Mirror’s Edge: Trapped follows sixteen year old Faye as she continues her epic adventure. When the mysterious door before her is opened, it brings with it a whole new realm of possibilities! Could this be the key to Faye’s path home or will she find herself at another dead end? 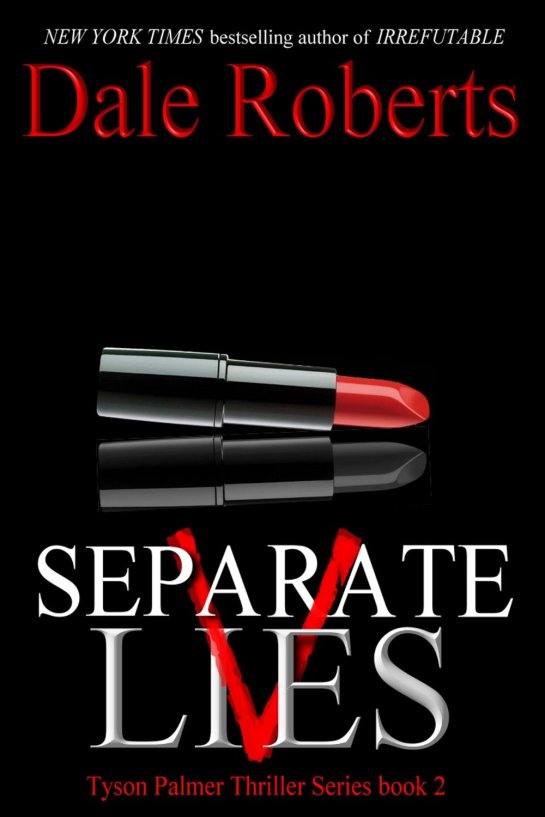 Watch for the Audible Audio Edition this December.

Follow Tyson Palmer to the desert of New Mexico as New York Times bestselling author Dale Roberts, who took you on a heart pounding thrill-ride deep inside a mind controlling cult in The Following, takes you into the very heart of a murder investigation and into the mind of a serial killer in Separate Lives.

When journalist-turned-author, Tyson Palmer visits retired FBI profiler, Reardon Meeks, for research for his next book, a beloved minister is murdered and his dark, secret life is exposed. The two of them are pulled into the investigation of what is the first in a series of murders of respected, high profile people, each leading a secret, separate life that will cause everyone to question just how well they really know their neighbors…and themselves.

I’ve been married to may second wife 23 years this April. I love my bride more each year and we learn more and more about each other all the time. However, there are things which seem to go unheeded as well.

For one, I’m as stubborn as a mule and dig my heels in during an argument instead of listening attentively and then replying rationally. Nope, old habits like that are hard to break because they become automatic. Mine is as fine tuned as a transmission of a new car. It shifts smoothly without any effort on my behalf. It just happens.

Secondly, my wife drops hints. This habit is ingrained into her as much as my habits are ingrained into me. She has learned to just be blunt and ask, but sometimes I think she enjoys hinting around to see how long I can keep the fuss from igniting. I’m not the type of person who takes hints well. I’m dense to the point of stupidity. From day one I’ve asked her to be direct. Do not hint around because it will pass right over my head and both of use will become aggravated.

There are other matters we both need to work on. For the sake of this article I will limit it to these two.

This morning, like most mornings, I was up bright and early. Not that I’m an early bird but I stay up all night. My job requires this of me, and on my days off I just stay up. Suzanne gets up around seven. I make her coffee, we might sit and talk for a bit and then it is off to work for her and to bed with me. This arrangement works out well for both of us, because I snore like a 747 taking off. So she gets a good night sleep and I get tons of writing done. Works well for both of us.

This morning it was cold. February in Missouri tends to range from the very cold to the very warm and this can happen in the same day at times. This morning was a crisp twenty degrees, but sunny. We went through our usual routine of coffee and chat. Although this morning she got up a little later than normal and was rushing around getting ready.

I still think it is amazing. I have seven sisters…yeah seven and was married once before, plus my mother, and two mother in-laws, before getting married I had girlfriends, so it is not like I have no experience with women. Compared to most men I have a college degree in womandom. You would think I was use to a woman’s demands to be clean and pressed as they venture off to work or where ever, but I’m a guy. I shower and keep myself clean. But I tell you now if I’m running late… I throw on some deodorant, some cologne, grab some clothes that look mostly unwrinkled…clean underwear though, always clean underwear…then out the door I go.

Not her or any woman I know – a shower, blows dry the hair, makeup, gathering of purse and essentials. All the while talking about the weather, chores that need to be done, our children, eating, brushing teeth, hoping on one foot while slipping a shoe on the other, sipping coffee, and countless other things, and during this organized state of flight she does it…she drops the hint. This hint went right over my head and fell to the floor somewhere between the kitchen and the bedroom. Or between her garbled attempts to talk with a mouth full of toothpaste to her muffled shouts from behind a closed door. It hit the floor and never, not once did it reach up and grab me. Essentially I never heard it.

To tell you the truth my mind was on bills, my current book project, and several other matters. I made her coffee, and on mornings like these I’ve found it best to just get out of the way and let her have full rein of the house. Do not make eye contact, keep conversations to brief answers, and stay low. It was safer this way.

“I have so many things to do this morning,” she began, “thanks for making coffee it was a big help.”

“I wonder how hard the car will be to start?” (That was the hint… She told me this later. I do not recall this conversation ever taking place.)

“Shouldn’t be a problem.”

“Battery is less than a year old and it’s been colder.”

With that she hurried off to finish getting ready.

I guess the reason I missed the hint was she normally takes the dog out and while the dog runs around the yard looking for the one spot he’s never peed on, she starts her car allowing it ample time to warm up while she finishes getting ready. To be honest I didn’t even think about it.

I went back into the office and was typing away when she shouted angrily, “Bye, and thanks for the help…NOT!”

The transmission slipped into gear and I did not realize it until I was at the front door watching her climb into her frozen Honda. I never got to give my retort, which would have been something like, “What…what did I do, not do?”

As she pulled out of the driveway I stood bewildered wondering what just happened. Then I realized she must have dropped a hint and I missed it.

The transmission slipped into a higher gear. I felt myself simmering like a pot of soup.

The transmission slipped into over drive. I called her again.

The transmission slipped out of gear and I coasted to a halt. I felt confused and I couldn’t help feeling like this had happened before, which it probably had.

I felt bad. I still did not know what I did or didn’t do. But I felt certain that tonight she would let me know. So, after a restless eight hour sleep I made her dinner and bought a large bouquet of flowers. I put the flowers in a vase in the center of the table.

She came home a different woman. She was smiling as she looked at the nicely set table and smelt the flowers. Throughout dinner she smiled. Then after dinner I asked her about this morning. She apologized and said she wanted me to warm up the car.

Naturally I said, “Why didn’t you just ask me?”

She smiled and said, “If I had, would you still have made me dinner?’ Then she winked.

For a brief instant I felt the transmission roar to life, but I ignored it. I had been had, used like a puppet. But you know I looked into those eyes of my bride and realized I just need to be a better listener. I love her so much…Besides, I hadn’t told her about the Flat screen TV I bought…I wonder what hints I could use? 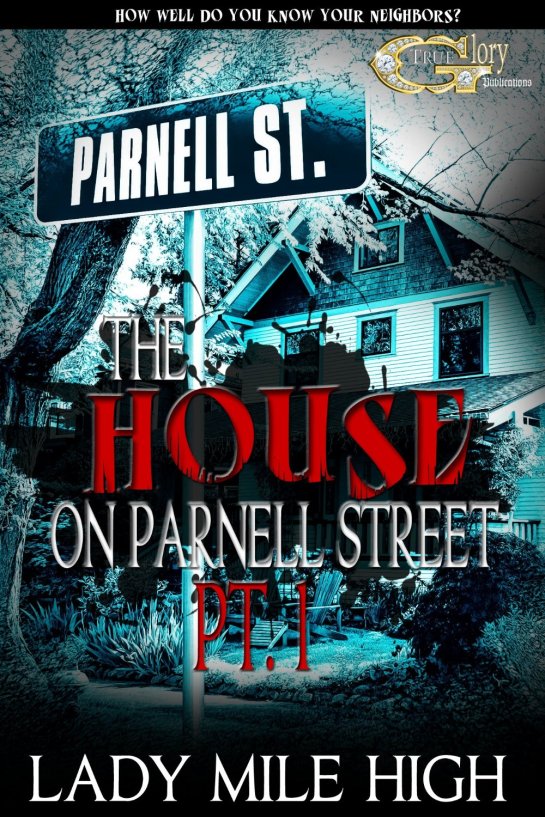 A killer is on the loose, leaving a trail of bodies. He is meticulous in his killings. Leaving no trace evidence. No DNA. And a spotless crime scene, the women of Denver fear for their lives. Now 25-year-old, Katelyn Dorsey, a Crime Lab Analyst, thinks she knows who the killer is. Did her past finally catch up with her? Will she be able to discover the killer’s identity before he strikes again? Or will she end up next on the killer’s list? 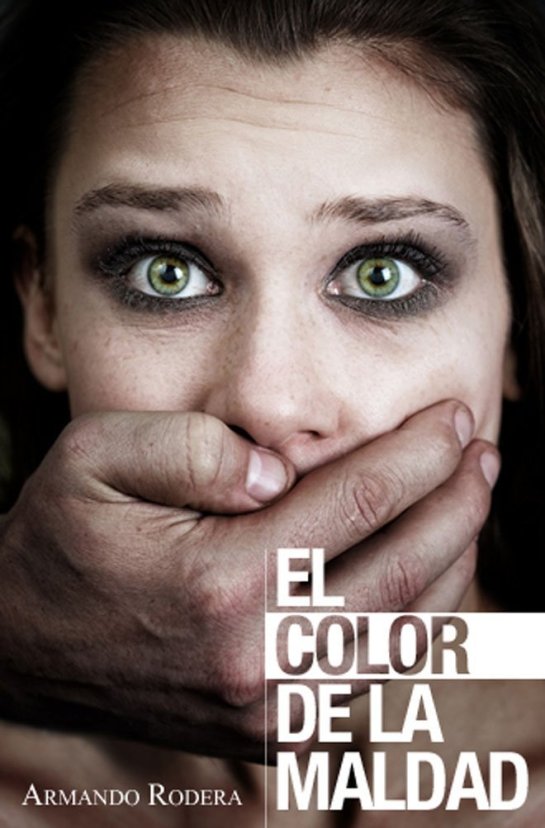